Survivalism explained to “non-prepared” friends: “I want to be able to weather any common event, storm, power outage, robbery with no problem at all. Conveniently, if the end of the world as we know it comes then I get to avoid the inevitable shootouts at WalMart.”

Rethink your attitude. Hurricanes, earthquakes, tsunamis, tornadoes, wildfires, terrorism, riots and social unrest, nuclear accidents, violent crime, medical emergencies? Every one of these disasters has occurred in the past 24 months, most of them right here in the United States. September 11th is proof that the government can’t stop it from happening. Hurricane Katrina is proof that the government can’t take care of you after it does. With disasters it is never a question of if, but rather a question of when. It is naive to think otherwise, and negligent on the part of the individual not to make a survival plan tailored to the type of disaster that might be expected in their part of the world.

What about smaller, less dramatic calamities? A dead car battery, a flat tire, a car fire, a city-wide blackout, a person laying unresponsive in the street, a child choking at the next table over in a restaurant, a suspicious man following you as you walk back to your car.

Be The Most Dangerous Person In The Room:

The most important means of surviving a lethal confrontation, according to Cooper, is neither the weapon nor the martial skills. The primary tool is the combat mindset, set forth in his book, Principles of Personal Defense.

The color code, as originally introduced by Jeff Cooper, had nothing to do with tactical situations or alertness levels, but rather with one’s state of mind. As taught by Cooper, it relates to the degree of peril you are willing to do something about and which allows you to move from one level of mindset to another to enable you to properly handle a given situation. Cooper did not claim to have invented anything in particular with the color code, but he was apparently the first to use it as an indication of mental state. 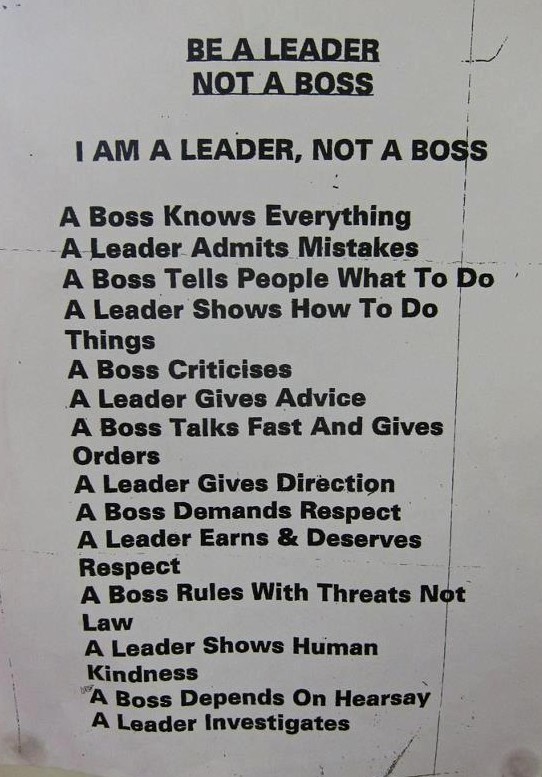 “Leadership is the ability to tell someone to go to hell, and they leave to eagerly pack for the trip.”

“I do not fear an army of lions, if they are led by a lamb.

I do fear an army of sheep, if they are led by a lion.”

Certain special people, who watch over the rest of the people. The rest are called sheep. Sheepdogs prevent the “wolves” (bad people/things) from hurting the sheep. Sheepdogs understand violence is sometimes necessary in order to protect the sheep. The sheep really don’t like the sheepdog. Sheep prefer to go along their merry way, oblivious to the perils of life. Sheep tolerate sheepdogs’ existence in order to keep the wolves away. Police, soldiers, firefighters. A Sheepdog protects sheep from wolves. 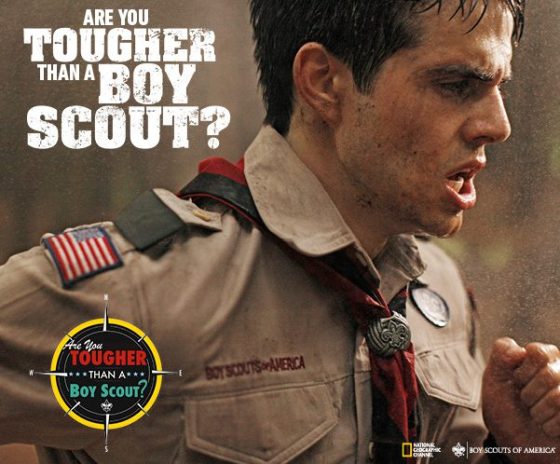 – Motto of the Boy Scouts of America –

“Make good scouts of yourselves, become good rifle shots so that if it becomes necessary that you defend your families and your country that you can do it.”

Expect problems. Be prepared for them.

This means that you need to be mentally and emotionally prepared for something bad to happen, to have the skillsets to know what to do, and to have the proper gear and equipment to handle it.

-From Murphy’s Laws of Combat-

A person who can blend in to any scene or situation without standing out, hiding his skills and qualities.

Thoughts On How To Be The Gray Man:

Term for a volunteer soldier in the American Revolution, who were supposed to be ready to fight against the British at a minute’s notice. These were often nothing more than farmers that happened to have a gun or two lying around.

“This year, the celebrations of Roosevelt Day has special significance for Democrats everywhere; for we celebrate not only the triumphs of the past but the opportunities of the future.

Twenty-eight years ago Franklin Roosevelt assumed the leadership of a stricken and demoralized nation. Poverty, distress and economic stagnation blanketed the land. But it was not long before the great creative energies of the New Deal had lifted America from its despair and set us on the path to new heights of prosperity, power and greatness.

Today America is the richest nation in the history of the world. Our power and influence extend around the globe. Yet the challenges and dangers which confront us are even more awesome and difficult than those that faced Roosevelt. And we too will need to summon all the energies of our people and the capacities of our leaders if America is to remain a great and free nation — if we are to master the opportunities of the New Frontier.

The dimensions of our problems overwhelm the imagination. At home millions are unemployed and the growth of our economy has come to a virtual halt. Abroad, we are faced with powerful and unrelenting pressure which threaten freedom in every corner of the globe, and with military power so formidable that it menaces the physical survival of our own nation.

To meet these problems will require the efforts not only of our leaders or of the Democratic Party–but the combined efforts of all of our people. No one has a right to feel that, having entrusted the tasks of government to new leaders in Washington, he can continue to pursue his private comforts unconcerned with America’s challenges and dangers. For, if freedom is to survive and prosper, it will require the sacrifice, the effort and the thoughtful attention of every citizen.

In my own native state of Massachusetts, the battle for American freedom was begun by the thousands of farmers and tradesmen who made up the Minute Men — citizens who were ready to defend their liberty at a moment’s notice. Today we need a nation of minute men; citizens who are not only prepared to take up arms, but citizens who regard the preservation of freedom as a basic purpose of their daily life and who are willing to consciously work and sacrifice for that freedom. The cause of liberty, the cause of America, cannot succeed with any lesser effort.

Think Outside of the Box: 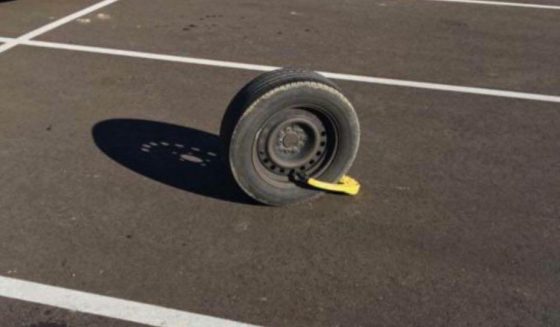 Urban Dictionary’s definition of “Think Outside of the Box”:

Try to solve the problem with unorthodox methods. Consider any idea, no matter how unusual.

“Somewhere out there right now someone is preparing for the day you both shall meet. How prepared will you be?”

Possessing the trait of always knowing what is going on around you; awareness of one’s situation.

Pay attention to your surroundings. Always know what is going on around you. Recognize danger. Use you knowledge of what has happened in the past and your observations of what is happening now to predict what could happen in the near future. Listen to the voices in your head (your intuition). If something doesn’t seem right, it isn’t.

Learn to recognize knowledge, skills, abilities, and assets of those around you. Examples:

None of these people are whom I would describe as “preppers”, yet they each possess extremely important skillsets or assets, especially in a prolonged emergency situation. Teach yourself to watch and listen for key information about people which might indicate that they have skillsets and assets that might benefit you in an emergency. Maybe your neighbor that owns a lawnmower repair business doesn’t sound like a good prepper asset, but just wait until your generator quits working on a hot night. You are going to wish that he was your best friend. 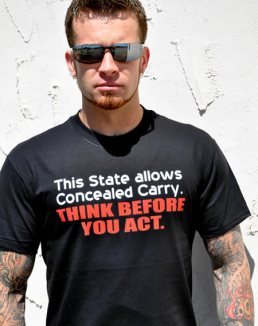 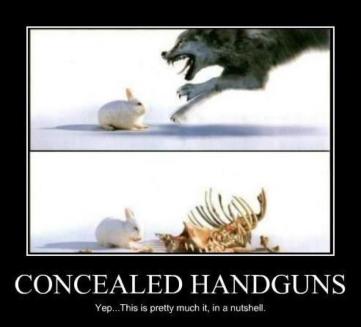 “The police do not provide security in your home, your business or the street. They show up after the crime to take reports and do detective work. The poorer the neighborhood, the riskier it is for peaceful residents. Only an armed citizenry can be present in sufficient numbers to prevent or deter violent crime before it starts, or to reduce its spread.”

“Your attacker is in more danger from you, than you are from him.”